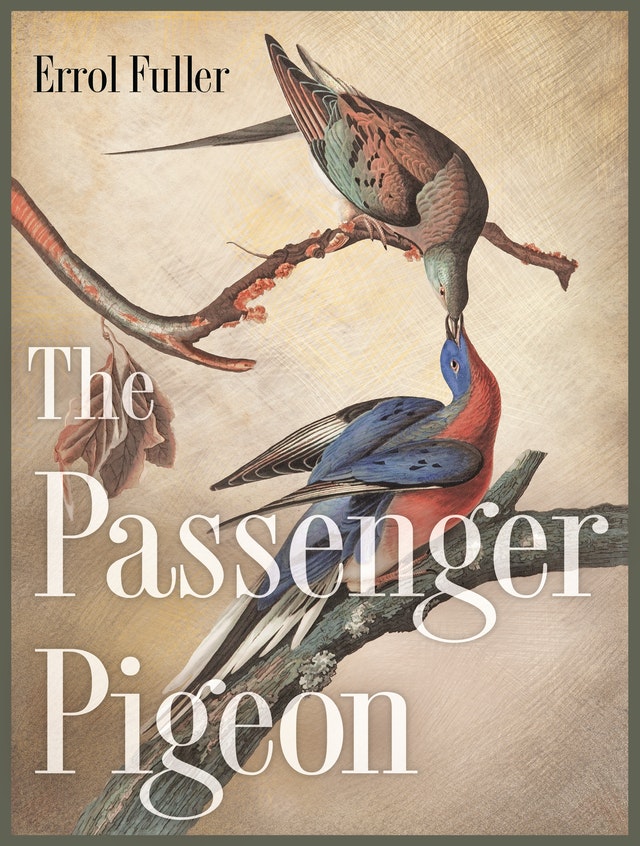 This book with its stunning illustrations and photographs is intended as the author describes in the introduction, as "not meant to be a textbook of every aspect of the Passenger Pigeon" but rather a "celebration" of its existence. If that was the author's intention, he succeeded magnificently. The book not only provides a visual celebration to its reader but also excellent firsthand accounts of human's interaction with this species.

The book begins by placing the passenger pigeon in context of the extinctions of other birds of North America. The book tells how the Ivory-billed Woodpecker, the Labrador Duck, the Eskimo Curlew, the Heath Hen, the Great Auk and the Carolina Parakeet, once common in North America, now exist only in museum collections.

The book then challenges the reader to imagine themselves as being an early North American settler in 1810. There in the sky were teaming flocks of passenger pigeons migrating. This imagery is supplemented by beautiful illustrations from Julian Pender Hume and Walton Ford.

While celebrating this species, the book also provides a detailed chapter on the scientific aspects of the bird itself. Ectopistes migratorius is the scientific name that has been given to the Passenger Pigeon. Loosely translated from Latin it means "migratory wanderer". Its common name is from the French word "passager" which means to "pass fleetingly". One of the most extraordinary things provided in this chapter is a series of musical notations the birds made in different circumstances. Any readers with a dual interest in music and ornithology will be delighted! There is also in the Appendix of the book a substantial discussion of the osteology and wing shape of the bird. It shows how these anatomical features made the Passenger Pigeon a fast magnificent flying machine.

The author then documents the downfall and eventual extinction of the Passenger Pigeon in the wild. This demise is documented with the addition of illustrations of hunting expeditions that slaughtered millions of the birds. The birds made for an excellent dietary supplement for the expanding gun toting population in North America. By then end of the 19th century the Passenger Pigeon had ceased to exist in the wild.

Martha, the last Passenger Pigeon passed away at the Cincinnati Zoo in 1914. Her death was proceeded by her cage mate, George in 1910. While many are familiar with these facts, few realize that there was an active captive bred population of Passenger Pigeons in the late 1890's. As the species became rarer in the wild, several zoos and aviaries in North America and Europe began collecting the birds. The last portion of the book documents in photographs the final years of this captive population. The photographs are grim, showing small cages and inadequate shelters. These pages are a very stark contrast from the beautiful illustrations of the wild populations in the earlier part of the book. It was a small wonder that this species had difficulty breeding in captivity, leading to its inevitable extinction. This is a stark reminder that some species breed poorly or not at all in captivity.

Fuller fortunately leaves the reader with a positive mental image by providing a chapter on how the Passenger Pigeon was portrayed in both art and books. Again, the illustrations are stunning.

In the final chapter of quotations of famous people who saw the Passenger Pigeon in life, this quote by Mark Twain provides an appropriate ending for this review: "I remember the pigeon seasons, when the birds would come in millions and cover the trees and by their weight break down the branches. I remember the squirrel hunts, and prairie chicken hunts, and wild-turkey hunts, and all that, and how we turned out, mornings, while it was still dark, to go on these expeditions, and how chilly and dismal it was, and how often I regretted that I was well enough to go….But presently the gray dawn stole over the world, the birds piped up, then the sun rose and poured light and comfort all around, everything was fresh and dewy and fragrant, and life was a boon again."

Get more information on books about Passenger Pigeons

Get more information on books about Pigeons